Roll Out the Barrel 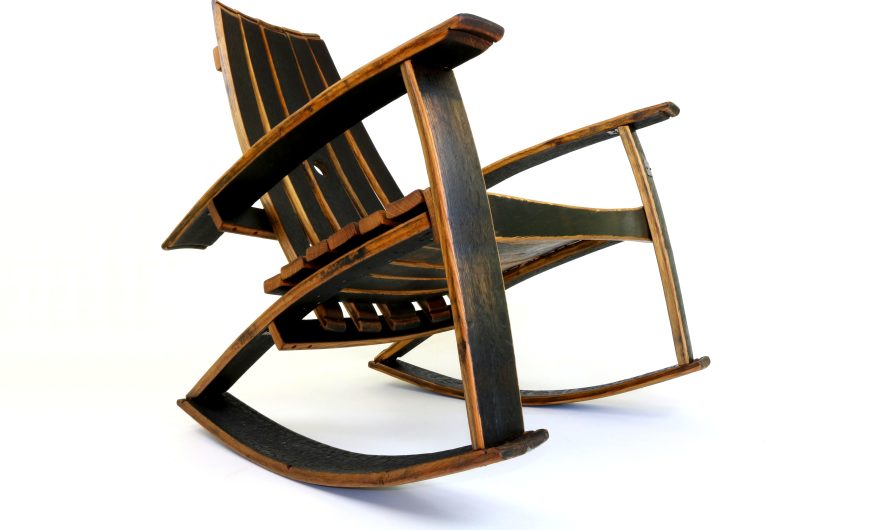 Joel Kranc
The barrel as we know it today was most likely developed by the Celts. Around 350 BC, they were already using watertight, barrel-shaped wooden containers that were able to withstand stress and could be rolled and stacked. Whiskey and wine were obviously popular contents for the barrel and continue to be an integral part of the fermentation process for these libations today.
But when a barrel outlives its usefulness in the spirit-making world, what else can you do with it? Well, sit on it.
In 2010, Balazs Moldovan, owner of the Hungarian Workshop, based in Oceanside, CA, first started making Adirondack (aka Muskoka) chairs out of standard redwood and pine purchased from lumber yards. It was mainly just a hobby at first to make some outdoor furniture for himself and his friends. “As I started playing around with some other designs like tables and ottomans, I really started enjoying the art,” he says.
After selling a few chairs through Etsy (and craft fairs and farmers’ markets), he was contacted by the Stone Brewing Company, based in Escondido, CA. The manager liked the chairs Moldovan was making and wanted a dozen or so for their beer garden. “After the first batch of chairs was delivered, he showed me a dumpster full of old barrels that they used to make their specialty barrel-aged beers,” says Moldovan. “He asked if I’d be interested in taking a crack at making the same type of chairs but from this old discarded material.”
Moldovan sent a prototype to Stone Brewing within a week. The brewery ordered a few dozen more chairs for their several locations. From there, business was rolling.
Moldovan says that within the first few years of working with recycled material he knew he didn’t want to work with anything else. “Taking something old and useless and giving it a second life seemed much more fulfilling.” And that’s not just his way of thinking. “Living in southern California really showed me how many others try to live by this notion. That’s why the Hungarian Workshop started to gain momentum and grow,” he adds.
Since 2012, Moldovan has been creating his projects using recycled barrels. American white oak is definitely the best, he says. French oak feels less dense and is prone to more internal imperfections. As the French oak dries, there are often areas of the wood that will bubble up, creating weak spots. He says American oak and even the more rare (on this side of the Atlantic) Hungarian oak are higher quality.
Moldovan, who loves his work, finds it challenging to keep craftsmen on board, however, as they often leave to create their own projects. Material can also be tricky to source and has to come from a variety of different places. Still, after personally handcrafting more than 1,000 chairs, Moldovan has no plans to sit down anytime soon. 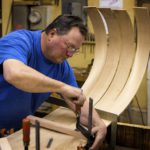 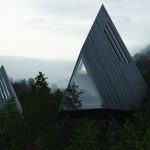 Next Story:
Look Up, Look Way Up