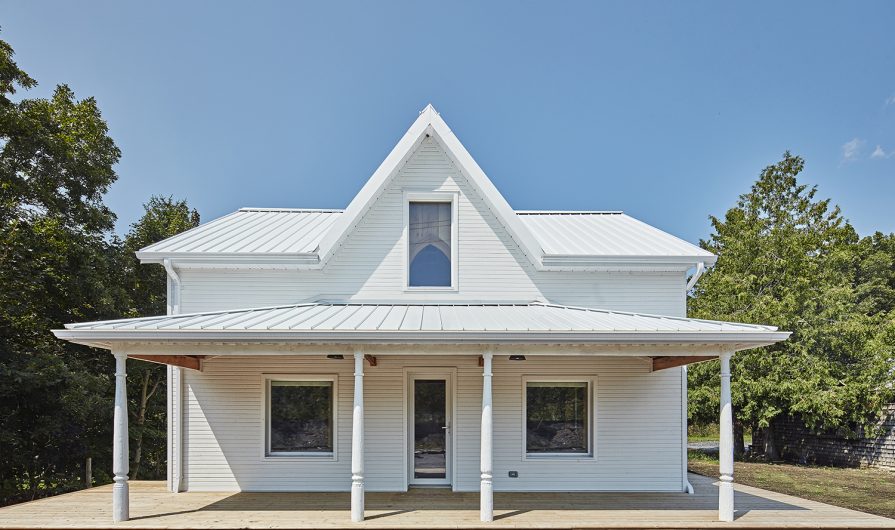 Perched on the top of a ­waterfront escarpment in Ontario’s rustic Prince Edward County, this renovated farmhouse was a journey, as most renovations tend to be. Yet despite the slow progress, the design team managed to create a systematic combination of archaeological discovery, preservation, encapsulation and architectural reinterpretation.

The original farmhouse, built 130 years ago, was reduced to its barest hand-hewn wooden structure, then meticulously cleaned and sealed inside an airtight skin. A new jacket of R43eff structural insulated panels was then added to the walls. A new roof truss structure surmounting the existing roof provided the space to blow in 600 mm. of cellulose insulation with an R-value of R80, and a new front gable window was intentionally oversized to allow a glimpse of the original house within the new house.

One of the many challenges of this project was to get an airtight seal around the existing structure. To achieve this, the team had to lift all ground-level floorboards, insert an oriented strand board layer and then relay the floorboards. The old board and batten walls had to be pried loose, working progressively around the building so that the floor could be sealed to the air/vapor barrier wrapping the house.

The design team had several goals for this project, among them the re-presentation of an existing wood structure as a new expression of something old and never seen before. Heritage is the keyword here: The hand-hewn structure demonstrates the woodcraft of the late 19th century while the bones, though never visible in the past, have resurfaced like lost treasure found again.

Another goal of this Passive House project was to create a comfortable and healthy living environment with the most minimal use of man-made energy. On that front, the results speak for themselves; earlier this year, an electric “hair dryer” (in truth, a tiny electric heater purchased at a yard sale) maintained comfortable temperatures despite the -25°C temperatures of the Canadian winter outside. 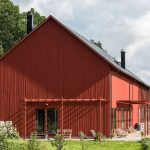 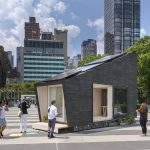 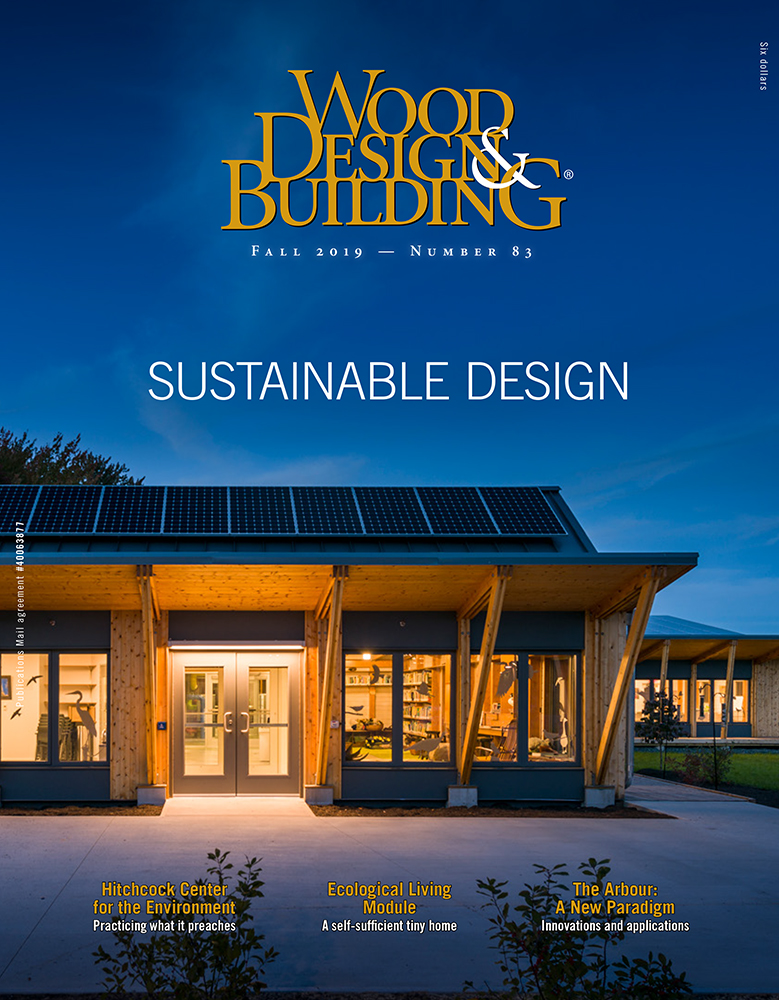