Against the Grain Award

A new addition to this year’s program is the “Against the Grain” award. This award recognizes an individual who has made significant contributions to the wood industry. This year’s inaugural recipient is Dr. Nancy Mackin. Her architectural mandate – that each building can contribute to environmental and cultural resilience – is exemplified in the Tsawwassen First Nation Youth Centre. She included the Tsawwassen First Nation community in many architectural decisions and invited Tsawwassen artists to design both interior and exterior elements of the center.

Dr. Nancy Mackin says she’s always been an architect. “As a kid, what I wanted to do with my time was build buildings out of whatever materials I could find.”
Although she has worked in many different materials throughout her architectural career, wood has always been one of her favorites – its reduced carbon footprint, its suitability for prefabrication, and its design potential. “It’s just such an interesting opportunity to be able to build a building out of wood and then show all of the wood,” she says.
But of even greater importance to the architect is the interconnection of ecology and culture in design. “Long resident knowledge is the knowledge of the environment, and it’s responded to culturally. Since starting my practice, I’ve always worked quite closely with whatever community is there – whether they’re my client or whether it’s just listening very carefully to the knowledge of people who’ve lived in one place for a long time,” she says.
Mackin points to the work she’s done in Haida Gwaii. “I travelled and talked to each community to find out what kind of architectural responses they foresaw as being meaningful, and also wise,” she says. “That’s when you really learn how very different the ecological conditions are in each area. You get into this deeper understanding of how many times the weather might change during a given day, for example, which probably wouldn’t show in the data, but that’s something that the people who are there would know. Working with Indigenous communities has led me to a whole area of wisdom and knowledge that wouldn’t be accessible otherwise.”
In the case of the Tsawwassen First Nation Youth Centre, completed in March 2021, the Tsawwassen First Nation community was involved in the design from the beginning. It was the youth, specifically, who chose the cladding material. “We gave them a big slab of some very high-performance cladding materials and some cedar shingles. They were very insistent that they really wanted to see the wood,” she says.
In addition, Elders of the community stressed that migrating birds were an important part of the design (see Creation Story). “We made sure we addressed that in window placement and other design areas,” says Mackin.
Of Sami heritage herself, Mackin says it’s also being aware of the integration of art and building. “There’s this kind of spirituality that gets brought into construction, through the painting and drawing and carving of different images on a building.” 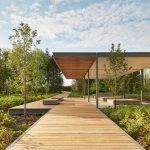 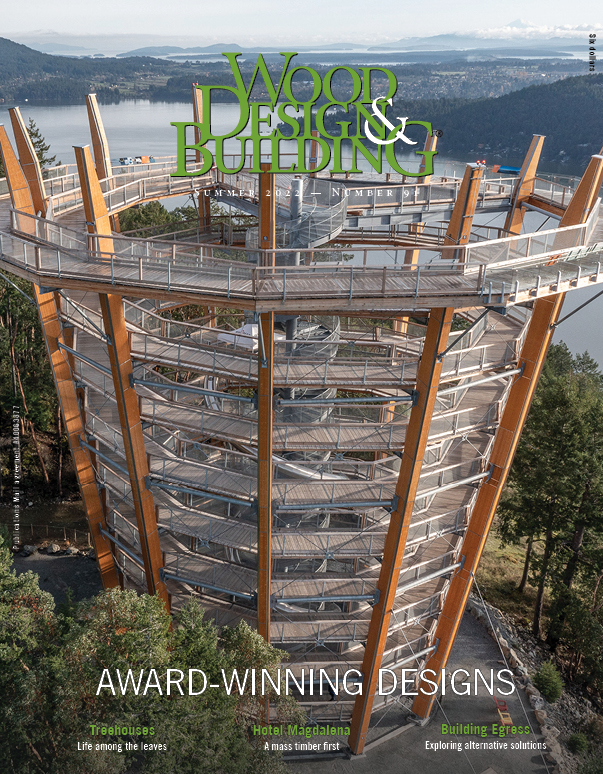