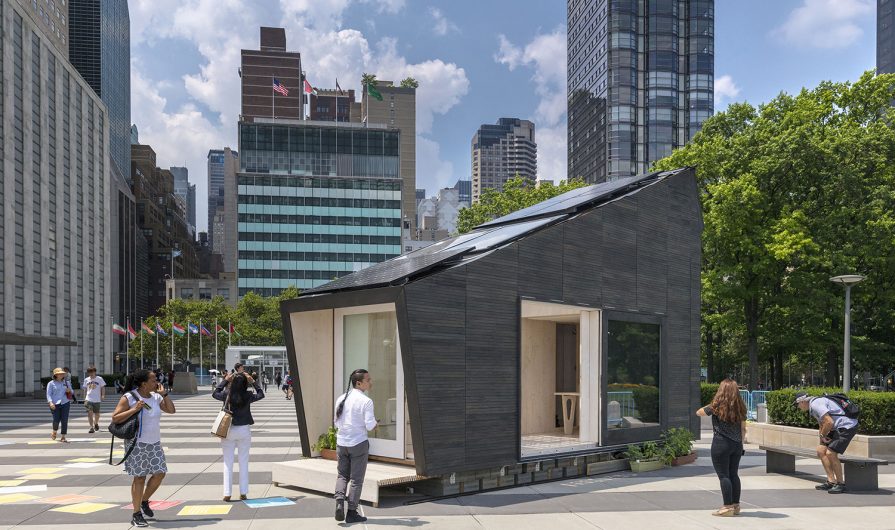 Small in stature, big in potential

Juxtaposition in art is about combining elements that may not naturally occur together to create visual interest. It’s an impact that turned heads at the United Nations Headquarters in New York last July, when visitors discovered a tiny eco house temporarily erected in the expansive, concrete plaza. Small in stature but large in potential, the Ecological Living Module, or ELM, was commissioned by the UN Environmental and Habitat programs to underscore the need for innovation in the face of a global housing crisis and climate change.

Designed and fabricated in only seven weeks by Connecticut-based Gray Organschi Architecture, in collaboration with the Yale Center for Ecosystems in Architecture, the ELM fuses Nordic simplicity with state-of-the-art technology to create a prototype structure that is both affordable and sustainable. It was a tall order to deliver in a short time span.

“The ELM was prefabricated in just four weeks and installed in three days by our team of 16 people,” notes Alan Organschi, design principal and partner at Gray Organschi and a faculty member at the Yale School of Architecture. “We designed and built a 230-sq.ft. home that is adaptable, efficient and fully off-grid, while making use of sustainable materials, simple construction techniques and next-generation green technology.” Organschi also admits taking on the project was one of the most high-pressure experiences of his life. “It was a combination of the time frame, which was incredibly narrow, not only for manufacturing, but also for assembling and installing it on site; the incredible scrutiny of UN security watching every move we made; meeting OSHA [US Occupational Safety and Health Administration] compliance; and, just the number of people wandering through while we were working in the plaza.”

Anna Dyson, founding director of the Yale Center for Ecosystems, oversaw the project’s sustainable technologies, working with Jacobson Structures and JIG Design Build to engineer the ELM, which was prefabricated at an off-site production facility and transported via truck to the building site. Quebec-based Nordic Structures donated 8 x 24-ft. panels of five-ply CLT for the floor, Structure Fusion contributed 35-mm. three-ply CLT for the walls and 475 High Performance Building Supply provided cellulose- and wood-based rigid insulation for the walls and roof. The structural elements are PSL posts and LVL beams, while the facade is Western red cedar.

Arriving as a compact 8 x 8 x 22-ft. container, once the ELM was set onto its lightweight foundations, the roof assembly pivoted on a steel hinge to create a 16-ft. double-height interior space with a built-in sleeping loft. The prefabricated wall panels were then manually set in place. With sleeping and living space for four people, a full kitchen and a bathroom with shower and composting toilet, the ELM is suitable for both domestic and commercial uses. If put into large-scale production, it’s estimated to retail at under $50,000 per unit.

The project sparked excitement and new ideas for the design team. The ELM’s form and orientation helps manage solar heat gain, promotes air circulation and ventilation, provides natural light and maximizes sun exposure for its HeliOptix solar power system; the system integrates an array of concentrated solar cells into the skylight glazing, generating energy and serving as a sunshade to limit heat gain and reduce overall energy needs. The group says that the HeliOptix system produces greater power output than traditional solar, while using less than one percent of the semiconductor material.

All water needs for the ELM are met on site, with 80 percent of rainwater from the roof captured, stored and filtered for potable water. During humid weather, moisture is pulled from the air by a dehumidifier system that supplements the rainwater supply. Meanwhile, wastewater is recycled to irrigate food crops integrated into the micro-farming wall on the west facade. A modular wall, or Active Modular Phytoremediation System, is composed of pods containing hydroponically cultivated plants whose exposed root systems facilitate air purification. Planters on the exterior walls can grow enough vegetables for several servings per person per day.

Organschi sees the ELM as a prototype that can be constructed in remote parts of the world, and reconfigured according to local resources. Designing a universal model and then shipping it would actually cost more in energy, he suggests: “We were trying to create a truly sustainable system of building development and to get across this message about how to create global applicability without requiring the global economy to work on it.” Organschi adds, “We looked at it in a holistic way. By building with renewable, biogenic materials and incorporating systems for on-site energy, water, air and waste management, we sought to limit the energy and resources required to produce and operate the ELM over its entire life cycle.”

The point wasn’t to advocate the micro aspect of the ELM, but to create high-quality housing for areas where there might be food scarcity and water insecurity. The team aimed to build a small house that “could provide all of the amenities of home in an optimized space for up to four people, and have it be a convivial environment in a really insecure location.”

The project also was meant to push people into thinking more holistically about the materials they are using, how to optimize them and how to reduce impacts. “We wanted to demonstrate all the capacities of wood fiber: that we could use thinner CLT systems for the interior finish and structure of the building but also reuse it as siding. We didn’t use fiberglass or rock wool, but used cellulose insulation instead,” Organschi explains.

The concept’s potential has not been lost on private builders, with several from around the world contacting the architectural firm for insights on developing entire communities of ELMs for urban workforces. Organschi says that progressive cities like Vancouver, Portland and Seattle are looking at ways to introduce municipal bylaws that will allow for such small-scale settlements. “What I really loved about the project – more than the building, more than the spectacular media coverage it got and more than the high-stakes execution – was the incredible wealth of intelligence that a lot of people offered,” he adds. “There is a whole generation of people just entering the profession now who really care about this.”

The ELM’s reduced carbon footprint and off-grid systems address a number of issues critical to global sustainable-development goals: Reduced energy needs limit the financial and resource burden; renewable bio-based materials preserve rural landscapes and finite resources; and, if aggregated at a global scale, low-carbon, wood-based residential development has the potential to dramatically reduce the effects of climate change. To accommodate an ever-growing population, a smaller building footprint (both literally and figuratively) makes sense from every angle. – Jana Manolakos 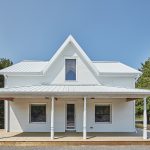 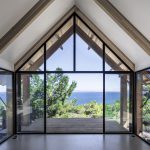