Life in the Back Lane 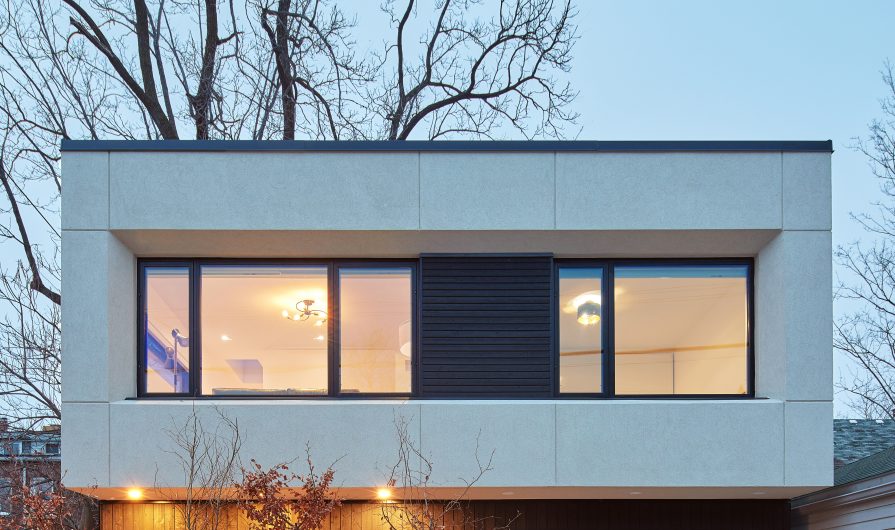 A Toronto home gets a new addition

Behind a Toronto brick house in the west end of the city sits Parkdale Laneway House. It
was once the owner’s dilapidated garage, but now it’s a remodelled 1,080-sq.ft., two-bedroom home, with a 330-sq.ft. woodworking studio.
The owners, originally wanting to build a new workshop to replace their old shed, opted instead for a laneway home once the city permitted this type of residential construction. They decided to build one with a garage/workshop integrated into it.
The home takes the form of two shifted boxes stacked on top of one another, creating a covered ground level outdoor space on the laneway side. Wood and engineered wood were used to frame the structure as much as possible, in order to reduce the amount of steel used. Although the wall along the property line had to be built from concrete blocks, the other three walls were framed in 2 x 6-in. studs.
The home’s overall width is narrower than the full width allowed, thus creating a private yard at the side. The remaining original backyard is for the main house, where the visual impact of the laneway home is minimized by the terracing of the second-floor box.
On the main floor, past the staircase, is the galley kitchen, dining area, and bathroom. Sliding glass doors open out to a laneway-fronting terrace that’s enclosed with planters.
The living room and two bedrooms are on the second level. A long horizontal window in the side wall frames views of the neighborhood trees, while the massive windows in front bring in the sunlight.
One of the challenges of building this laneway home was the 100-year-old walnut tree which is under the protection of Toronto Urban Forestry. This required the massive root system to be protected throughout construction. The builder kept the concrete slab of the wooden garage in place as long as possible to protect the soil, and was careful when running sewer, water, and electrical utilities through the backyard to the basement of the main house. In addition, a Legalett slab was used for the foundation, requiring only shallow digging, and therefore keeping the excavation minimal.
Architect
Solares Architecture
Toronto, ON
Builder
Laneway Custom Build
Toronto, ON
Photography
Nanne Springer
Montréal, QC 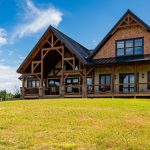 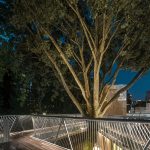 Next Story:
The Tree House