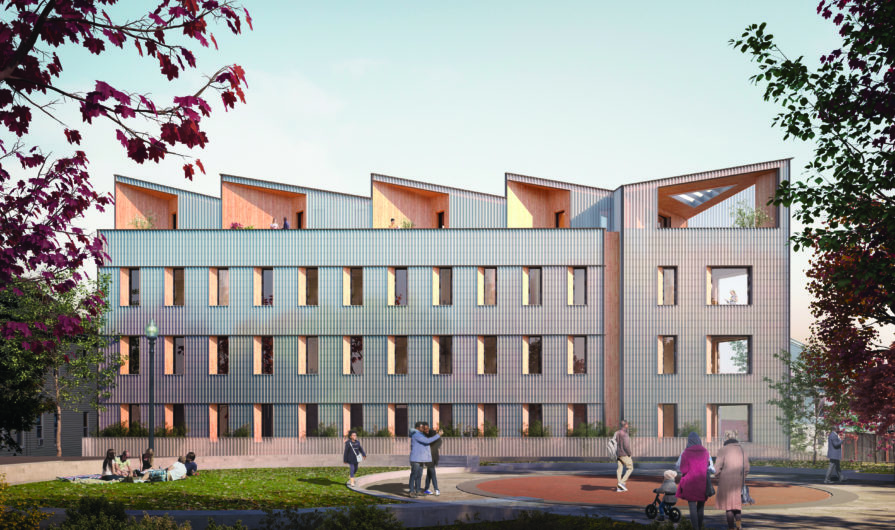 Modular construction is the talk of the industry these days. This offsite method, where components are prefabricated in a factory and then transported for onsite assembly, is the subject of recent reports including Arup’s 2019 Rethinking Timber Buildings, which claimed the future is prefabricated, and McKinsey’s 2019 Modular Construction: From Projects to Products, which notes that, “attracting an unprecedented wave of interest and investment,” modular construction looks likely to disrupt the building industry. Modular is also -topping trend lists. Think Wood’s Timber is Trending: 6 Trends to Watch in 2020 put prefabrication and modular technologies at number two. Modular is on the agenda at conferences including Why Modular and Why Now? The Case for Modular Construction in a Post- Pandemic World at the 2020 IWBC (Industrialized Wood-Based Construction Conference). Their Offsite News noted that by 2021, the Modular Building Institute predicts that five percent of all new builds will be modular.

During a presentation at IWBC, Craig Mitchell – the principal of Vancouver-based modular construction and consulting firm Black Box Modular Solutions – said, “We are truly at a tipping point.” Mitchell was speaking to the new sense of urgency that modular has taken on as a result of climate change, the housing crisis and the COVID-19 pandemic. It’s this sense of urgency and other drivers – including the evolution of technologies, labor shortages for onsite construction and a heightened need for safety – that are putting modular front of mind for the industry and pushing it forward from housing to hospitality to healthcare. Relatively lightweight and easy to assemble, versatile and flexible, mass timber is becoming a modular material of choice.

“Besides the environmental benefits of carbon sequestration and optimization of wood waste, building in a controlled environment de-risks many construction projects,” Mitchell explains. “[Advantages include] cost certainty of the components – as many design decisions and purchasing decisions have to be made up front – schedule certainty and quality certainty.”

Europe – long appreciative of the many benefits that modular construction offers, including faster delivery, controlled costs and higher quality – is at the forefront of mass timber modular construction. The Urban Village Project, a collaboration between Space10 (Ikea’s global research and design lab) and Copenhagen’s Effekt Architects, is described as a vision for how to design, build and share our future homes, neighborhoods and cities; it is based on a modular building system that is prefabricated and as easy to disassemble as assemble, allowing for a variety of housing typologies.

“The architecture of the Urban Village Project would be based on a standardized modular building system and made out of cross-laminated timber – a wood that comes with huge environmental advantages and outperforms steel and concrete on multiple levels,” Space10 says. “It’s also been proven that living in buildings made of wood creates better health and well-being for people. The modular system can be used to build everything from townhouses to high rises, from single-person homes to spaces that house several loved ones under the same roof.”

In Austria, architect Chris Precht is proving that modular doesn’t have to mean mundane. Rising 18 storeys and 62 m high, the Toronto Tree Tower – a mixed-use residential building inspired by Israeli-Canadian architect Moshe Safdie’s Habitat 67 – stacks modules assembled offsite from prefabricated and precut CLT, clad in timber and featuring trees on every terrace. “The building should be seen as a catalyst for future residential buildings that are ‘more efficient to construct’ and ‘more ecological to our environment’ than common construction methods,” Precht states on his website. Since the concept was announced several years ago, there have not been updates on whether this project will be built.

One of Precht’s more recent projects is Bert. Conceived as a modular building system, this playful, treehouse-inspired “family of modular houses” is comprised of parts prefabricated offsite. New modules can add both length and width to the imaginative design.

“Precision and speed are the benefits of prefabrication,” Precht shared on his Instagram account in response to the recent realization of Bert in the forests of Austria. “It still needs skilled craftsmanship to pull it off. Such a satisfying process to give life to Bert.”

In the U.K., Waugh Thistleton has been leading the pack in timber design and construction, while proving the power of mass timber to help with the housing crisis. Set to bring 65 affordable homes to a brownfield site in east London, Watts Grove will mark the U.K.’s first mid-rise CLT modular scheme.

Modules made from sustainably sourced CLT will be constructed in a factory in Basildon, where units will be furnished with kitchens, bathrooms, finishes and fittings before onsite installation. The team expects the project to be constructed in 50 percent less time, at a cost savings of 10 percent.

The American Institute of Architects’ (AIA) Design for Modular Construction: An Introduction for Architects guide notes, “Increasingly urgent demand in the housing, hospitality and healthcare markets is also driving more projects to use modular construction. As many cities across the country are experiencing severe housing shortages, modular construction – with its potential to significantly increase the speed of delivery, while also providing opportunities for cost savings – is seen as a strategy that’s particularly well-suited to address the issue.”

In Canada, B.C. Housing has built over 2,000 units employing modular construction under its Rapid Response program for people experiencing homelessness across several municipalities. Ontario is just getting started on a similar strategy.

“You will start seeing more and more high-performance modular projects come on-stream [with the updated International Building Code],” says Mitchell. “Soon, building offsite will gain greater traction as the performance standards increase and it becomes easier to build in controlled settings. If we look at what is going on in the rest of the world, automation and robotics are the next steps for modular here in North America. Combining BIM and digital design, many of the processes can be computer modeled, which will lend themselves to driving down costs and increasing output.”

Although North America is behind Europe in embracing advanced modular construction technologies, upcoming projects are proving that the continent is taking steps to catch up. Set to comprise 14 residential units and an affordable, co-working space for the community on the ground floor, a new five-storey apartment block will mark Boston’s first full CLT “kit of parts” Passive House. Initiated by Generate, a new Boston-based architectural technology company founded by architect and MIT researcher John Klein – who has partnered with development, design and construction company, Placetailor – the project will be the first to employ Generate’s Model-C, which is among the firm’s catalogue of tech-enabled and replicable kit-of-parts building solutions that utilize mass timber. The firm is also exploring the potential to use this system for buildings up to 18 storeys tall.

“By replacing conventional concrete and steel construction materials (which significantly contribute to the release of carbon dioxide into the atmosphere), the Model-C system functions instead as a carbon sink, storing the carbon in the timber of the CLT cellular structure and envelope over the building’s lifetime,” states an abstract about the Generate project. The system includes a CLT roof canopy and modular bathroom pods that are all prefabricated offsite. The CLT will be supplied by Nordic Structures, in Quebec; construction begins this spring.

No longer limited to boring building bricks, new advancements in technology offer flexibility and variability in the modules that designers and architects can create, while ensuring precision and productivity in manufacturing.

“New tools and strategies are regularly emerging, fostering an ongoing evolution in the way we design and construct buildings,” wrote the AIA in Design for Modular Construction. “Technologies such as robotics, sensors, cloud computing and virtual reality are enabling project teams to pursue ever more ambitious and complex goals.”

Beyond housing, hospitals and classrooms, modular is making its way into other markets, including what is being touted as the world’s first prefabricated CLT concert hall in Nuremburg, Germany.

“The entire building is designed as an engineered timber monolith, only consisting of repeating timber modules,” states architect Stephen Markus Albrecht, who teamed up with architect Gilles Retsin. “In a digital workflow, these modular, Lego-like elements are prefabricated in a factory setting, using large CNC-machines and are then shipped to the site for quick assembly. The building is entirely based on a repeating V-shaped timber section of 3 m width by 1.2 m depth.”

Part of our built environment’s past, modular construction – in combination with mass timber – looks rife to set a precedent in the 21st century and beyond. As a prefabricated product, mass timber is a natural fit for this growing movement.

With support from revised building codes, the ongoing advancement of technologies and new materials and a sense of urgency for today’s pressing issues, modular construction is being pushed beyond mere units to a systematic solution that has the potential to bring a sea of change to the industry. 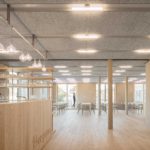 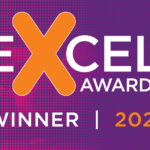