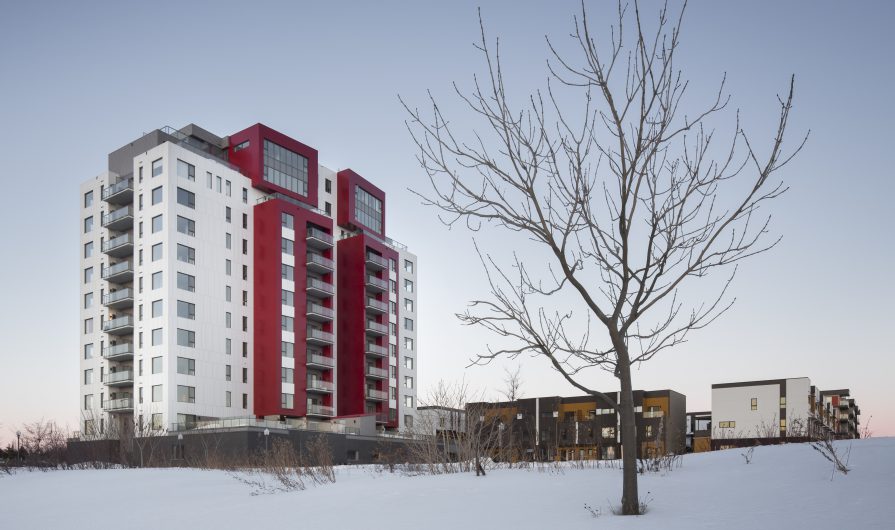 Among the tallest and largest of the world’s mass timber buildings, Arbora (in Montreal) and Origine (in Quebec City) are examples of Quebec’s commitment to advancing the use of wood. In 2013, the province became the second in Canada to allow six-storey wood buildings; since then, Quebec has continued to lead in the development of large-scale timber projects.

Designed by Lemay+CHA in collaboration with Provencher Roy, the all-wood Arbora complex is the largest of its kind in the world, with three eight-storey buildings comprising nearly 600,000 sq.ft., including 273 condominiums, 30 townhomes, 130 rental units and retail space on the ground floor of one building. The bearing partition walls and floor panels are CLT, while the post-and-beam structure is glulam; the mass timber panels are held together by wooden tongues or nailed metal, and self-tapping screws are used to assemble the beams and columns. Most of the LEED Platinum project was completed last year, with some finishing still underway for the third building.

Origine is an award-winning, 13-storey residential project by Yvan Blouin Architecte, completed in 2017 – the same year as TallWood House at Brock Commons, making both of these projects North America’s tallest wood structures (Origine is 56 ft. shorter, at 134 ft. tall). Sitting on a one-storey concrete podium, Origine’s wooden structure was erected in only four months, during winter; in total, the 9,580-sq.ft. building was completed in 16 months.

The project team conducted two years of research, including seismic and full-scale fire testing, to ensure optimal structural resilience and safety. The primary structure is made of glulam timber posts and beams, with CLT floor slabs, shear walls, shafts and exterior walls. According to the architect, using concrete would have added four to six months to the timeline. The tall, 93-unit structure also wouldn’t have been possible to build with heavier materials due to the soil conditions; because the site is near a river, it has a very poor load-bearing capacity. Origine’s ingenious design incorporates environmental measures such as a white roof to reduce the heat island effect, and efficient, radiant floor heating. (This project was featured in the most recent Wood Design Awards book.)

Key to both of these buildings – and many more award-winning projects – is the involvement of Nordic Structures, which develops and markets wood products and construction systems manufactured by its sister company, Chantiers Chibougamau. For over 50 years, Chantiers Chibougamau has man­ufactured forest products in northern Quebec, harvesting black spruce from the boreal forest. The Nordic Structures plant in Chibougamau produces FSC-certified, prefabricated wood components cut to the required dimensions, using CNC machinery to create door and window openings.

Each of these buildings has become a centerpiece for its neighborhood, showcasing sustainable development and local ingenuity. Together, they have paved the way for taller wood structures in Canada, contributing to the technical development of Quebec’s guide for mass timber buildings up to 12 storeys tall – while strengthening Canada’s reputation as a leader in sustainable architecture.

Nordic Structures and Stéphane Groleau for Origine
and Adrien Williams for Arbora. 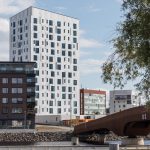 Next Story:
Europeans in the Lead 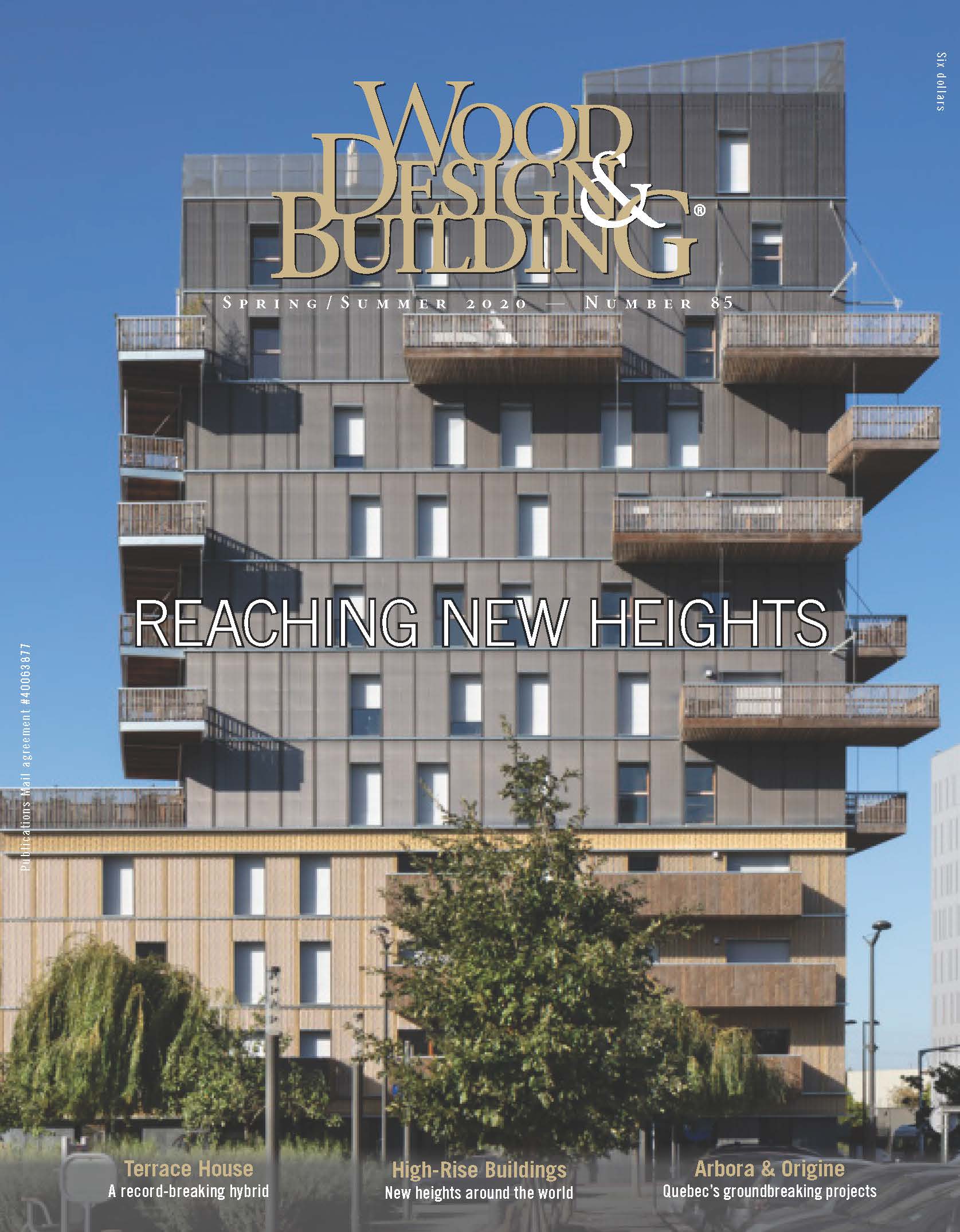