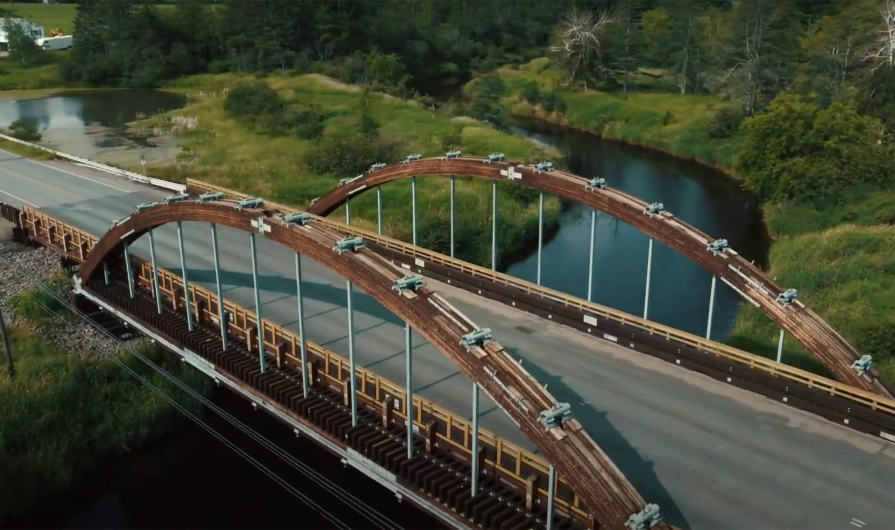 There was a time when using timber in bridge construction would have been dismissed as unsafe or unstable relative to the industry staples: concrete and steel. Those misgivings, based on concerns about lifespan, maintenance, and load capacity, as well as susceptibility to decay, would have held sway before the development of mass timber and modern preservation technologies.

Conditions that make an architectural project viable can change radically over time, but in the case of Nova Scotia’s Roger Bacon Bridge, the backstory for investing in mass timber as the primary material in its revitalization adds much more than an element of novelty.

The Canadian Wood Council estimates that there are nearly 50,000 timber highway bridges in service in the U.S. and Canada, making up about 7% of all highway bridges. Timber bridges are gaining in popularity due to their carbon advantage and reduced energy consumption for a given load and span. Timber bridges have been shown to be 21 times more carbon-friendly than steel and
16 times more carbon-friendly than reinforced concrete.

No doubt, these advantages were part of the impetus to select mass timber for the reconstruction of the Roger Bacon Bridge. “It’s the longest three-lane, clear-span bridge in Canada,” noted
Dr. Dan Tingley, senior engineer at Wood Research and Development. “Its carbon assessment in steel was around 2,790 metric tons of carbon into the air. The bridge in timber ended up being minus 960 metric tons.”

The 65 m, single arch highway bridge is rated for 62.5 tons.
Providing a direct link between the towns of Amherst and Springhill on Nova Scotia’s Trunk 2 highway, the arch structure – which formerly went by the moniker “Rainbow Bridge” – opened in December 2019. The community renamed it for Roger Bacon, an MLA who represented Cumberland County for 23 years and served as provincial premier from 1990 to 1991.

The old bridge was closed off in 2017 on account of structural issues. By the time the province issued a tender call to replace the bridge in 2018, inspections on the substructure timber piles had already confirmed they were sound for the next 100 years. Yet, the project was advertised as design and construct with no material specifications or design limitations.

For its winning bid, Wood Research and Development Canada (WRD), and its sister company, Timber Restoration Services – both in New Brunswick – proposed a treated timber arch design. The advantages of using pressure-treated glulam over competing steel options were palpable. The region surrounding the Nappan River is a high corrosion zone, so an engineered timber would be the best option, “due to the lower economic impact, longevity, aesthetics, and lightweight nature of the material,” noted the design and engineering firm. The construction cost was 33% less than steel and 65% less than concrete alternatives. The total cost of the project came in
at $3 million.

The bridge design had to accommodate elevation restrictions
from above and below. The lowest point on the bridge had to be elevated above the 100-year flood line. At the same time, the road elevations could not be raised because they had to maintain safe sight lines through the bridge for the traveling public, according to WRD. By using glulam and incorporating high-strength fiber reinforcements, WRD was able to meet the load requirements of the bridge within a compressed envelope.

Prefabrication was done in the factory to ensure quality control. Glulam members were pressure-treated with an oil-based copper naphthenate preservative to prevent decay. Although the preservative is not listed as a hazardous air pollutant or reproductive toxin, extra precaution was taken to use Alaskan yellow cedar for the upper rail portion of the guardrails to ensure minimal human contact with the treatment. The disassembled elements were then transported to the site for final installation on top of existing creosoted timber piles.

From a structural standpoint, the bridge meets the requirements of the Canadian Highway Bridge Design Code. The final design, boasting two arch pairs per side, is one-third the weight of the old steel bridge and one-eighth the weight of a comparable concrete bridge. By reusing existing piles, and with the lighter load, the structure was in service at a fraction of its load-carrying capacity, noted WRD.

The net benefit for using timber is that Roger Bacon Bridge will now sequester the equivalent of 350 tons of CO2 over its 75-year service life.

Rehana Begg is a Toronto-based journalist. She has spent the past decade in the B2B trenches of industrial manufacturing, focusing on engineering, operations, and management. Begg holds a master’s degree in journalism and an MBA focusing on project management. Reach her at rehanabegg@rogers.com. 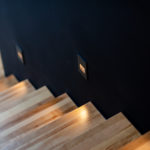 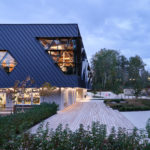 Next Story:
The Clayton Community Centre Is the First of Its...