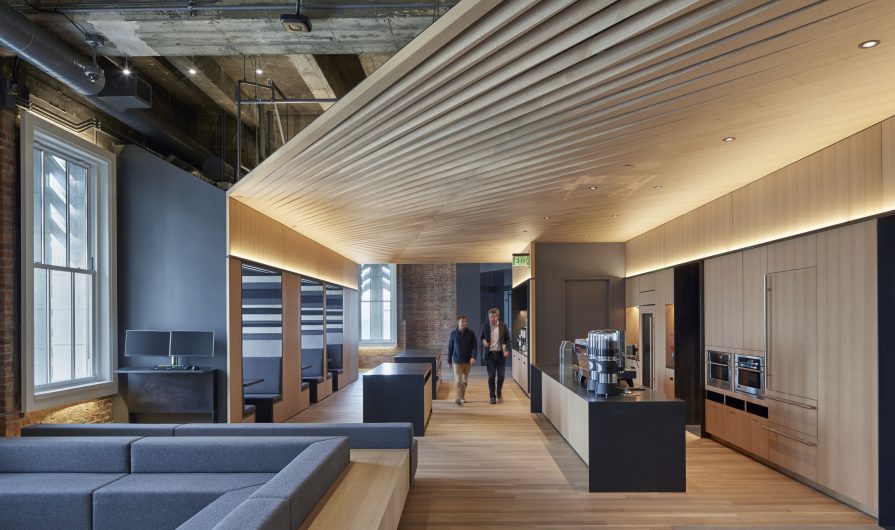 What would be your response if you were asked to provide an example of a well-designed ceiling? Would your mind immediately jump to the Vatican’s Sistine Chapel? Frescos can add undeniable aesthetic value, but their function is purely decorative; they don’t contribute to the structure itself. Wood materials, however, can do both, offering a unique opportunity to build upon and support the design elsewhere in the space.

The porous wood liner that fans across the ceiling of the Bloomberg Tech Hub is a striking design element visitors will note immediately upon entry. The individually sculpted boards create a three-dimensional look and define the area.

Invoking natural formations found outside is often the intention behind a unique ceiling design. The exhibition hall of Shanghai’s “The Hub” purposefully parallels the forest found outside, with walnut and oak-covered aluminum “sticks” adorning the ceiling to mimic tree branches.

At the Student Zone, Polytechnique Montreal, the undulating birch slats form the ceiling and curve down the wall to create built-in seating. This installation connects meeting and service areas while defining the space.

The Collaborative architects were charged with designing a modern, inviting core for the new La-Z-Boy Headquarters. Armstrong’s WoodWorks Grille panels were installed in the ceiling to add texture and warmth to the space. The slats are reminiscent of the company’s original wooden patio chair design from the 1920s.

Utilizing the variable properties of wood is an effective way to add visual interest to a project. Whether it’s a simple arrangement or intricate machine-carved pieces, wood ceilings are versatile – fun, elegant, understated, modern, or tailored – in a way other materials are not. 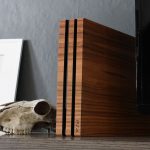 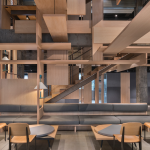 Next Story:
Integrating Wood Within the Office Environment 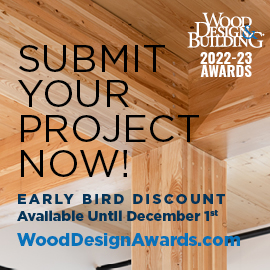